Dancing the Land Farm is:

This farm is a flowering, sprouting, fruiting conversation between us and this Land, between us now and the generations that came before us and the ones to come after us, between practicality and spirituality, with hope, with joy, with hard work, and passion. It is our intention to grow vibrant, vital food, fiber, flowers, and medicine, to feed people, to live in relationship with those that we raise, to cultivate a place for people to gather and feast and laugh and do good work, to teach what we know and pass on some of the sweetness and wisdom that's been passed to us. And, perhaps mostly, to live fiercely, fully, and beautifully--as close to the ground as possible. ​Dancing the Land Farm is on Dakota and Ojibwe lands in what is now known as Central Minnesota.

We utilize 100% Organic growing practices, we've relied on compost and biodynamic soil preparations, rotational grazing, our own animal manure, time, and the grace of the land herself to rehabilitate our fields after years of abuse under conventional agricultural practices. We source as many all organic seeds as we can from places with good ethics and cultural sensitivity--because our seeds (and our foods) are our cultures, right?!--a small portion of our seed is not certified organic, though still grown with good ethics from companies we trust. We never, ever use GMO seeds. We never ever use chemical or synthetic fertilizers, weed killers, pesticides, or fungicides.

We've been in the process of converting much of our tillable ground to Notill production to build soil, sequester carbon, conserve and protect our waters, and grow the most vital and beautiful food, flowers, and meats as possible. We pull weeds by hand or mulch them. We rotate our crops, and interplant other species to confuse problematic bugs and create ample habitat for many insects so that no population gets out of hand.  We use reusable landscape fabric or biodegradable plastic where we don't use organic mulch, so no single-use plastic film is getting into the landfills through this farm. 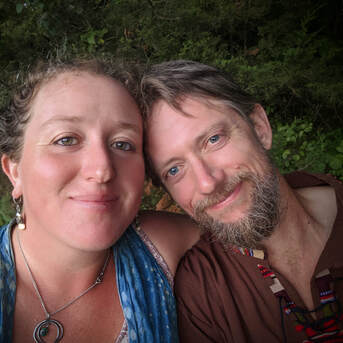 A little about Liz and Curtis:

Curtis and I met after I accidentally burned my family's house down, when I was 17. He was on the renewable building crew we hired to rebuild. We did not love each other at first. We were friends. And then we were more. We talked endlessly. We both wanted some ineffable thing that seemed to live out just beyond the horizon. We traveled a lot together, many road trips that criss-crossed the country, and had our own global adventures, too. We landed for a time, about 7 years, in northern coastal California--in a beautiful, quirky-as-hell town called Point Arena in Mendocino county that still holds pieces of our hearts--that's where we learned how to farm. Under the guidance of Patrick Cordrey and his sweet little family at Oz Farm, and again at their new farm, Fault Line, we learned a good chunk of the multitudes of skills, both physical and spiritual, a person needs to build a life like this. We also worked with Kermit Carter at his incredible, intense, and tiny (for how much was happening there!) little farm in Elk, California. And I spent a good few years living and working with an inimitable gardener named Sandy Scott, who taught me much about life and plants and the connections between us all under the stars, on the back porch, with a fine red wine, watching the sun go down on the Pacific.

Curtis and I came back to the land that I grew up on in Clearwater, Minnesota in 2012. We moved back to make an intentional, multigenerational household with my dear mother, Corinne, who still lived on the land, in the house that Curtis and I built (along with Mark Morgan, Ryland, and a few others on the Bear Paw crew, plus my mom and my sibling), running my family's publishing company, North Star Press, the very same little company that supported my family my whole life, the one my father's parents started in the late 1960s, that is still running today. Me, Curtis, and my mom made an incredibly stable little tripod that, together, gave us all the kind of stability and encouragement we needed to flourish. The first big thing we did was buy a herd of Angora goats off Craig's List, plus one fine La Mancha milk doe (Isa), got a little flock of chickens, a couple of dogs found their way home with us, and the kitten we brought with us from California had a litter of nine babies!

The next thing we did was take over the tillable field on my family's land that my parents had rented out to a local farmer ever since they bought the land in the early '70s. He'd grown corn without rotation, every year, year after year, for longer than I've been alive. (Just to be clear, I harbor no ill judgement for this farmer, he was doing what he thought was right, just as 99% of all the other farmers around here had been, and are, doing.) You couldn't find an earth worm out there when we first took that land into our care, not a worm, no soil strata, and not a spot of fertility. Just corn stubble, dust, and a few hopeful weeds. I know we had no idea then just how badly that soil had been abused. There we held our wedding in early August of 2013, planting a cathedral of giant sunflowers to get married inside of--all only grew to 4 feet and had strange coloring and tiny flowers. We sowed six acres of cover crop seed by hand and foot, and tried to grow a few things to feed our wedding guests, most of which didn't grow, or grew in the most bizarre colors of themselves. Rehabilitating that field has been an ongoing project of listening, love and patience, and forgiveness, one that runs right through our own lives as much as it runs through that soil. We married each other that day, and we married ourselves to this place.

2014 was our first season as a business, our first season going to market, and our first season taking on apprentices. Looking back, our gardens were so tiny, the big field wasn't yet able to support life, but we grew a ton of food and fed a bunch of people in those little gardens--gosh they were easier to keep weeded!

In 2015 our first child, Gilbert August, was born still and silent into the world. We planted his little handful of ashes beneath three pretty little plum trees on a little hill in our field, right behind where we got married. On that day, we became blood relatives to this place, to the soil we tend, to the fruits we eat.

In 2017 our beautiful Andalucía Jailoo was born well, during the first snow of the year, right in our living room, caught by her papa, and crying before we could even worry about whether or not she was okay. She's been a source of unending joy and magic in our lives, even through the boundary-pushing of toddlerdom, which is saying a lot for this fiery redhead.

Not six months after Andalucía was born, my beloved mother was diagnosed with a brain tumor that took her from us in just three short, grueling months of daily hospital visits to see her and talk with her doctors, advocating for her when she could not, fighting to keep the farm when that was in jeopardy due to our broken healthcare system, then round the clock home hospice care until she died, in her own room, surrounded by us who love her still. We planted her beneath a constellation of apple trees on that same little hill next to Gilbert, where we got married.

My mom and Gilbert were joined by our dog, Rumble, our matron goat, Isa--who died an old lady after giving us an entire herd of the finest milk goats I've ever seen--and most recently my sibling, Mir, who died way too young, this past December 2020, a victim of the opioid crisis.

All through these heartbreaks we've tended to the land and to the work of feeding our communities. That field that once could barely grow a bean or tomato plant now grows the biggest kale leaves you've ever seen, endless cherry tomatoes, and some of the finest cauliflowers around, and is teeming with earth worms, frogs sing in the pond, and the fireflies are just astounding in early summer. Tons of compost, tears, and hard work have restored the generosity in the soil, and the hope in our hearts. We go on today because the sun still rises, the goats need milking, the chickens need their grain, our daughter is bright and curious, and we've found our own hearts growing strong beneath the thick mulch in a field that is no longer an exhausted resource for us people to exploit, but a living member of our family.

To grow a business is a challenging thing, or two, I should say, now that we've taken over North Star Press after my mom died--even crazier a feat! To grow soil is a courting, a coaxing, and a willingness to ask for forgiveness--even if we weren't the ones to cause the offense. To grow the pieces of ourselves into new forms after such heartbreak and loss is a thing that has made people-worth-being out of us. To do all of that at once... well, let's just say we've found strengths we didn't know existed, we've found hope beyond reason, and we've been held high and rebuilt again and again by beloved friends and family who, no matter how many times we get knocked down, they won't let us fall.

These last few years have not been easy, or even possible, some days, but they have, absolutely, been beautiful. The world doesn't look like much if you're not looking through the eyes of a broken heart. But if you are, life is more precious than words could ever describe. 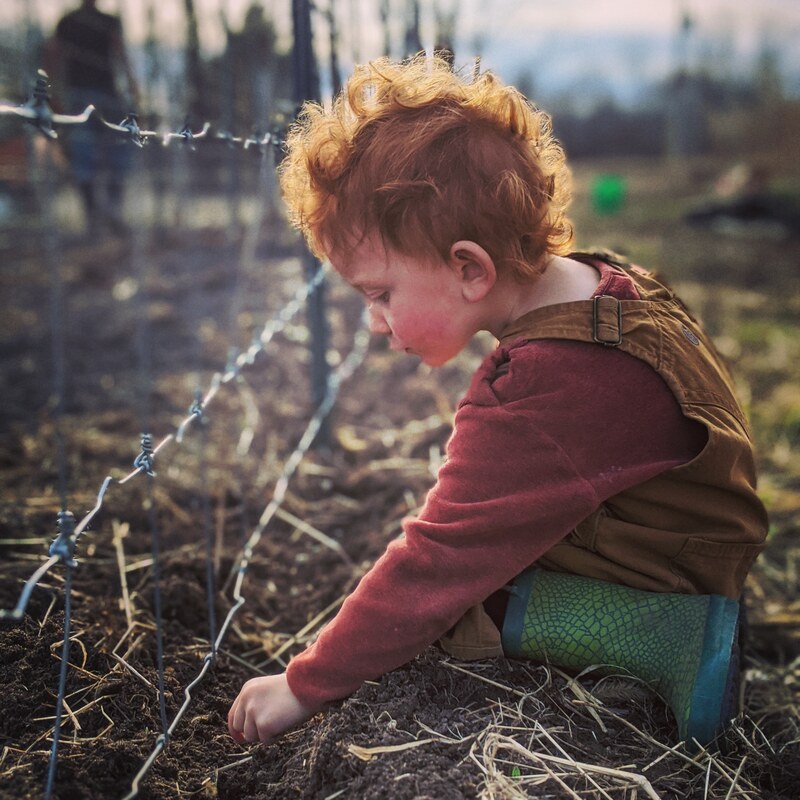 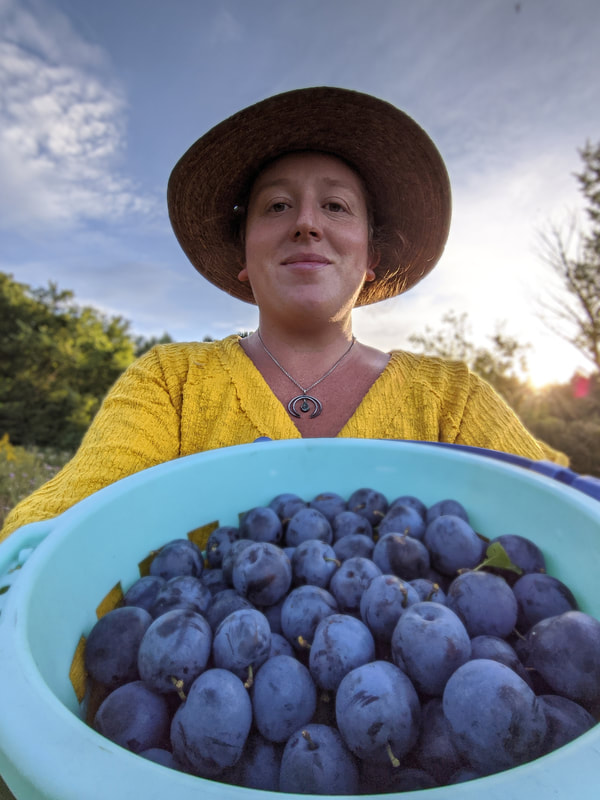 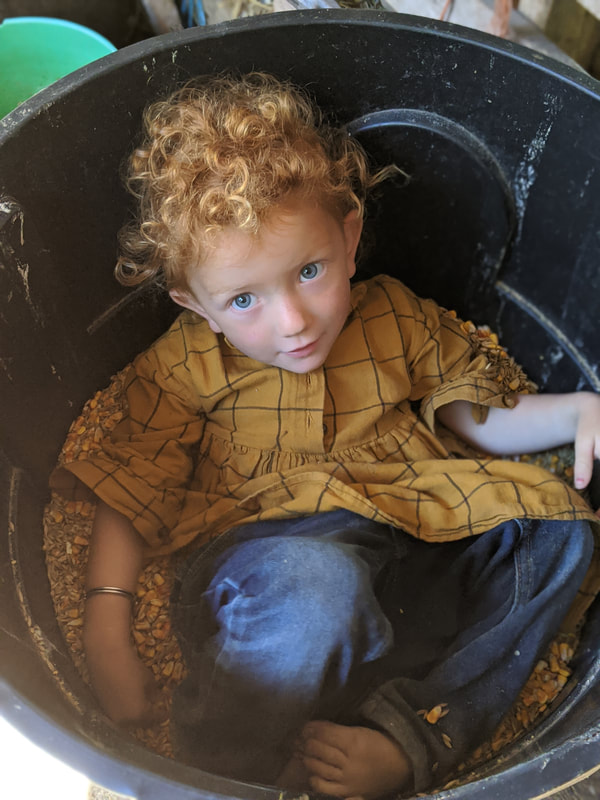 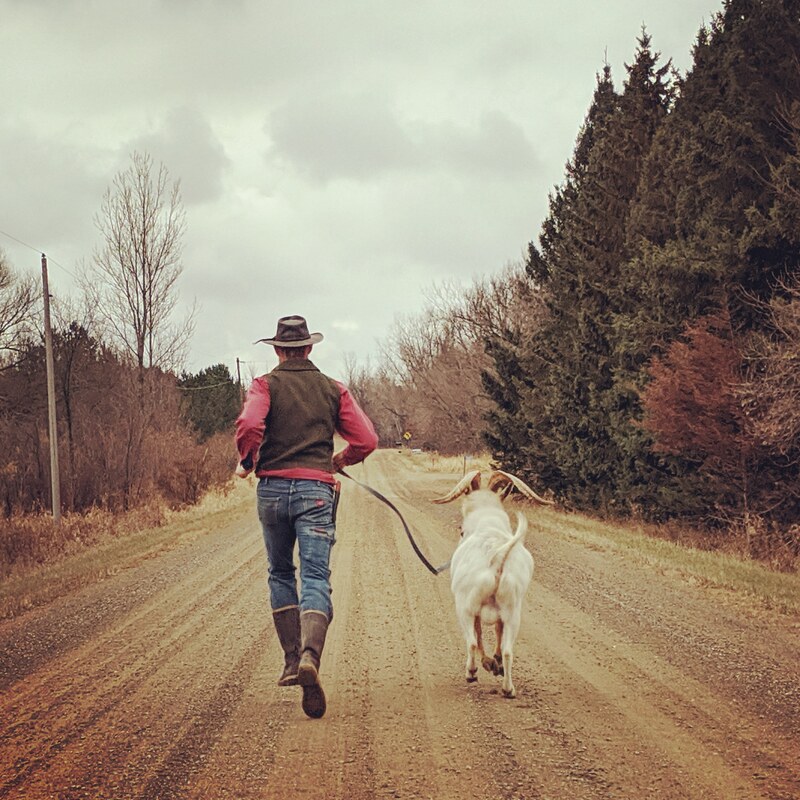 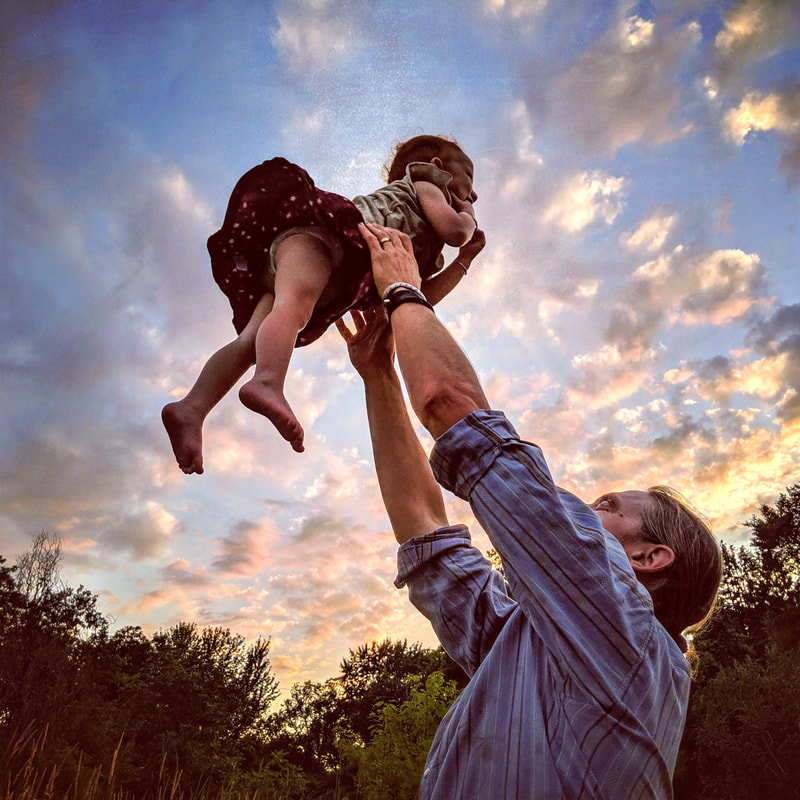 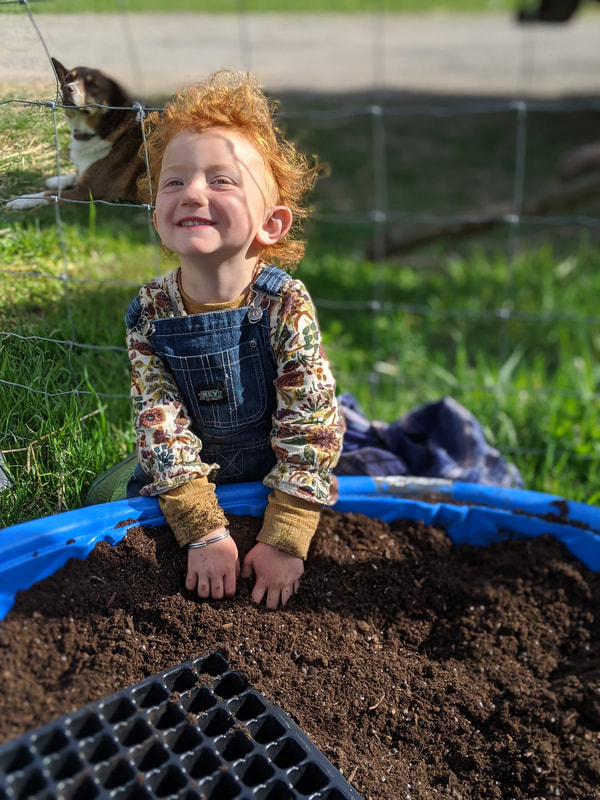 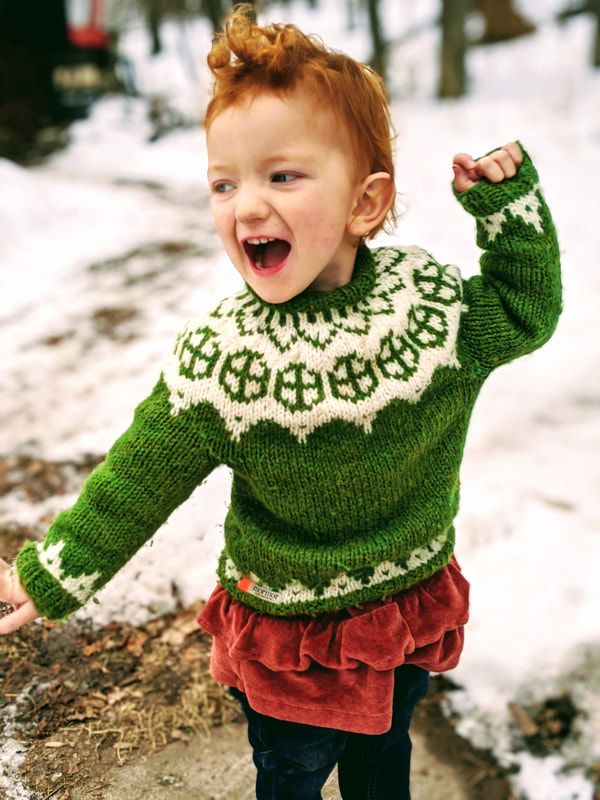 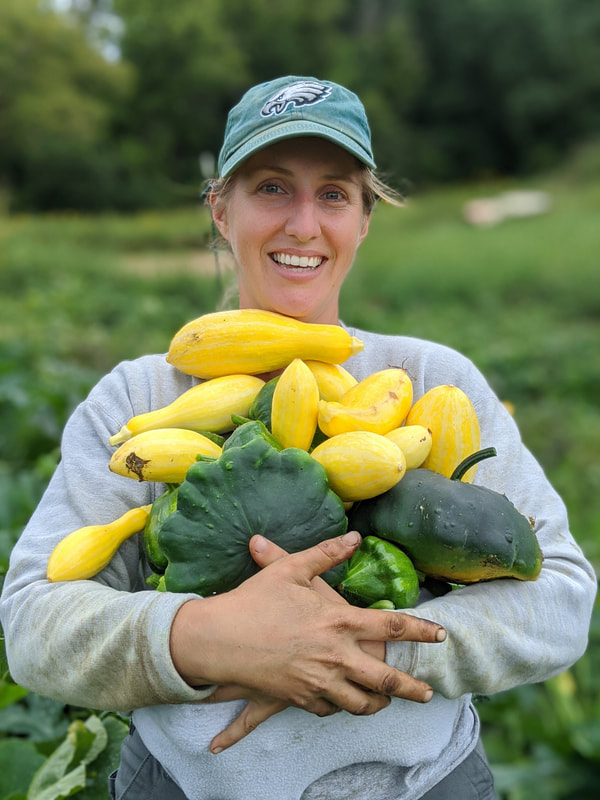 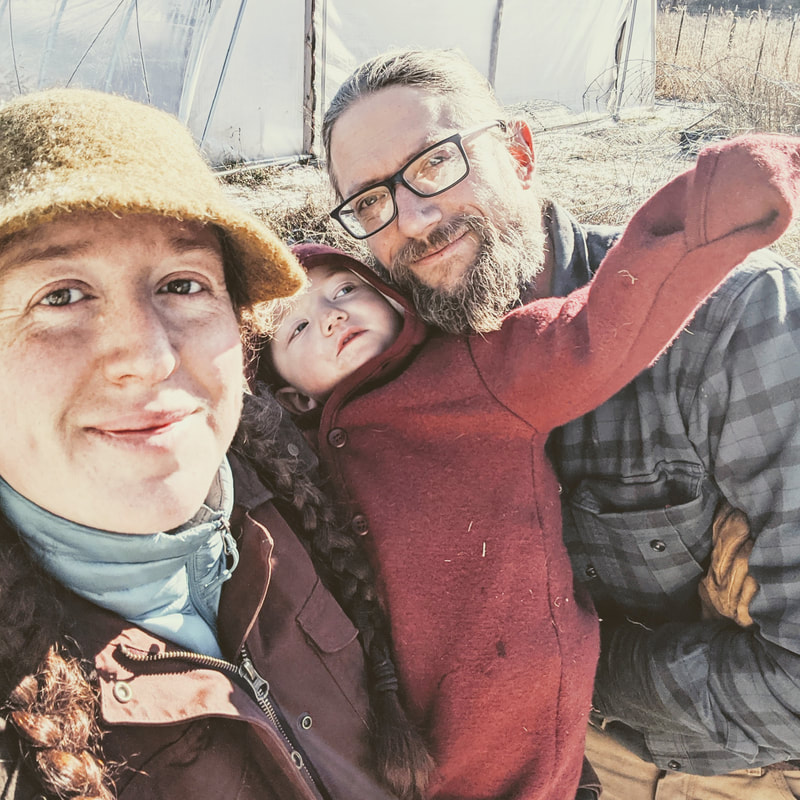 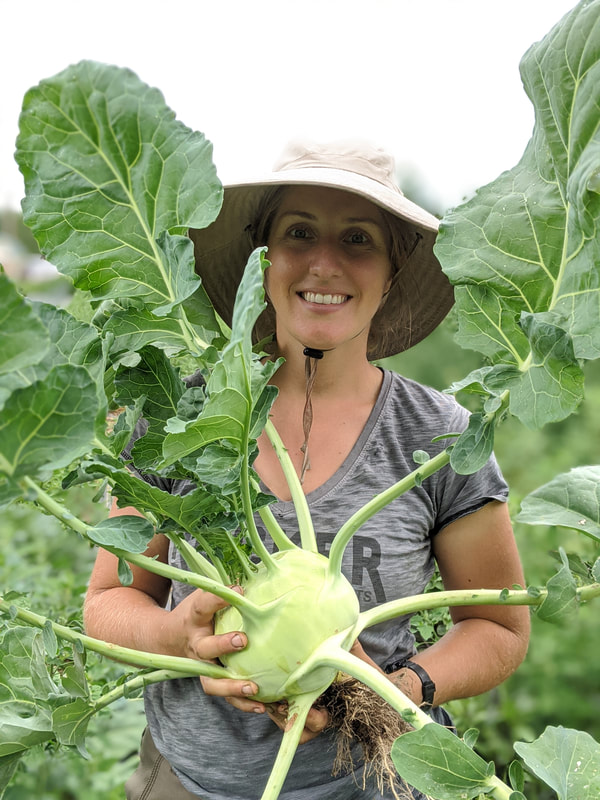 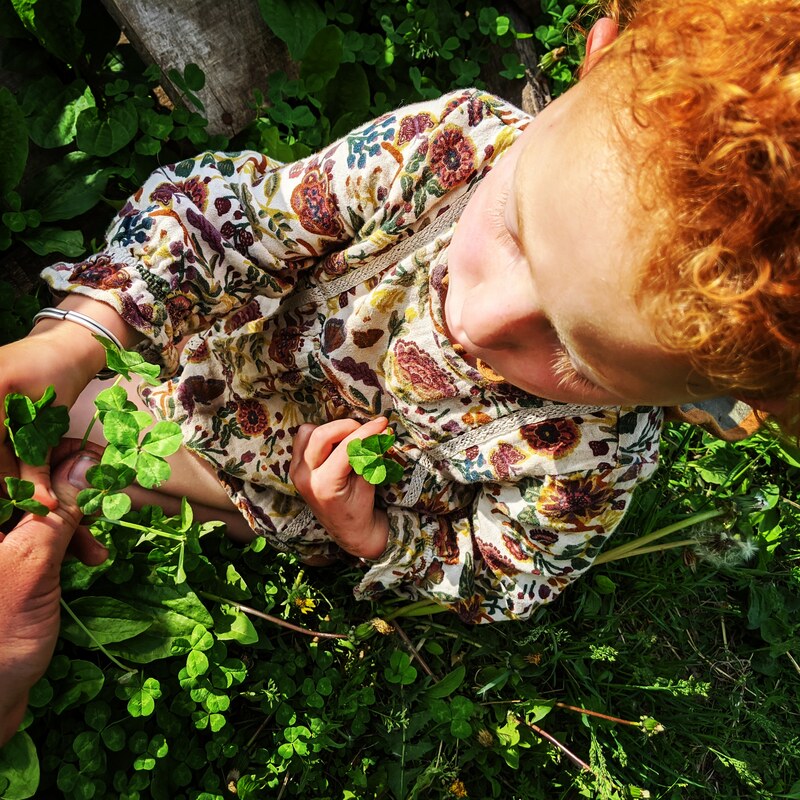 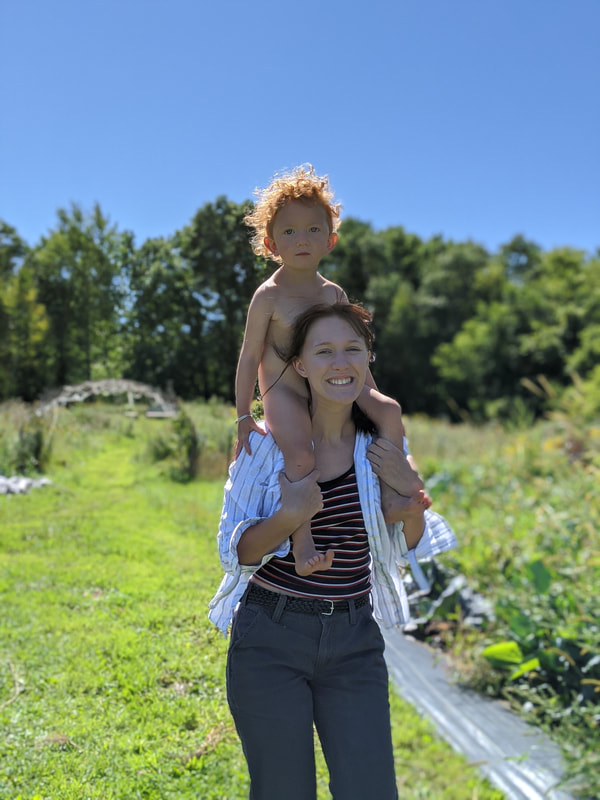 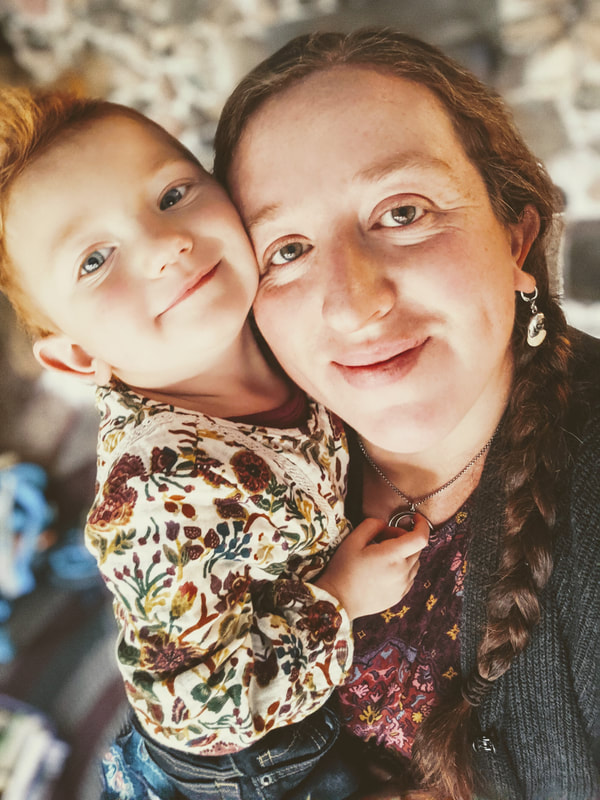 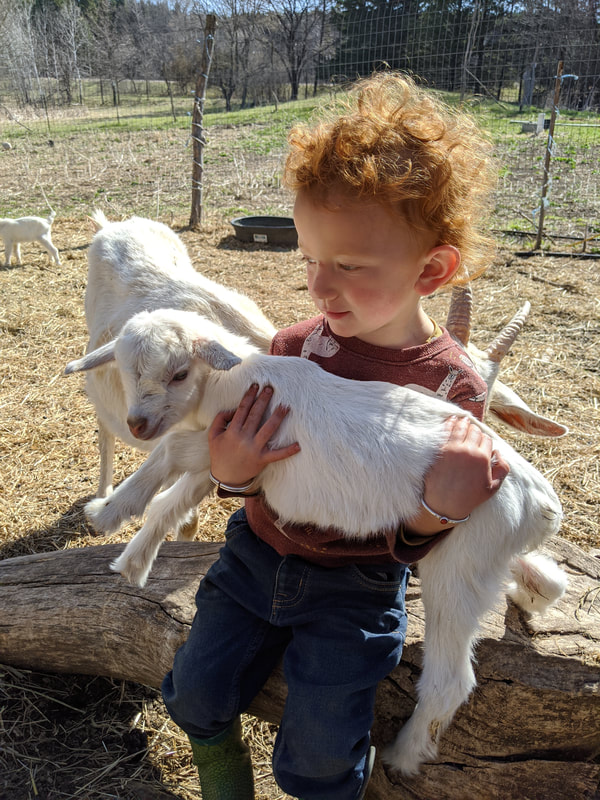 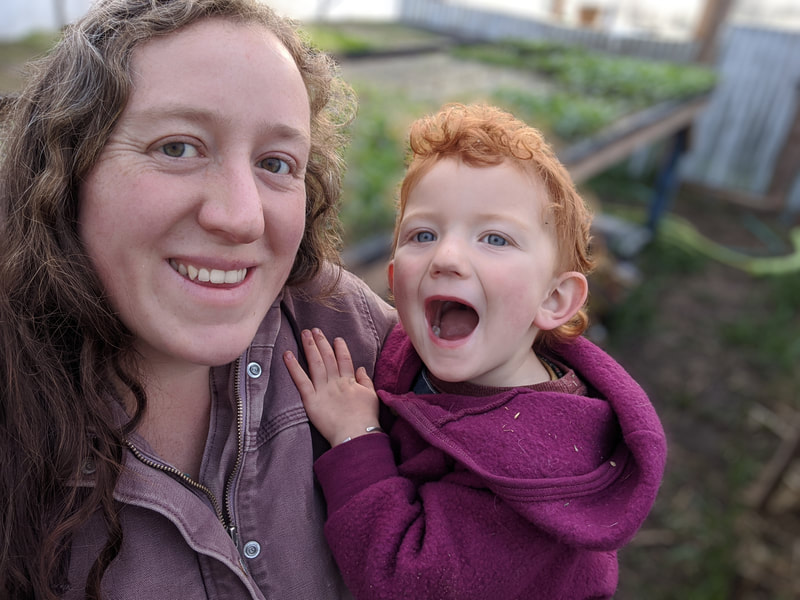 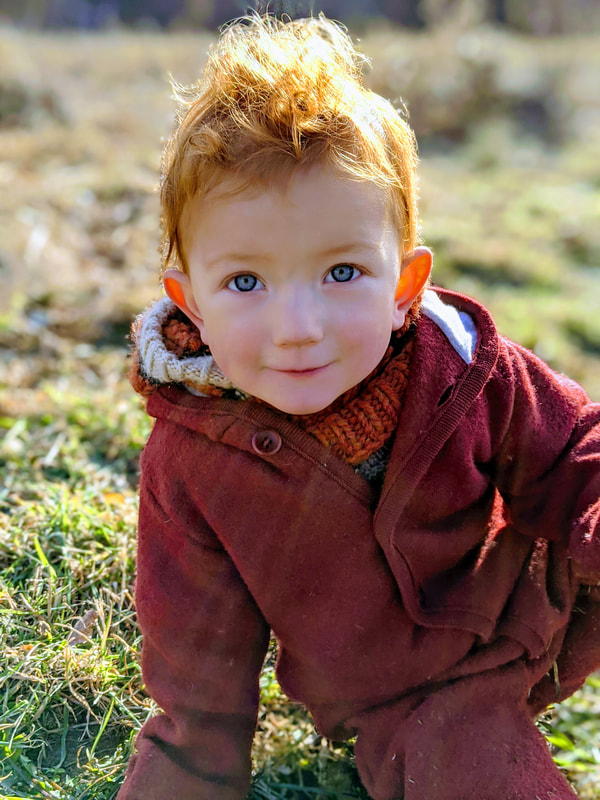 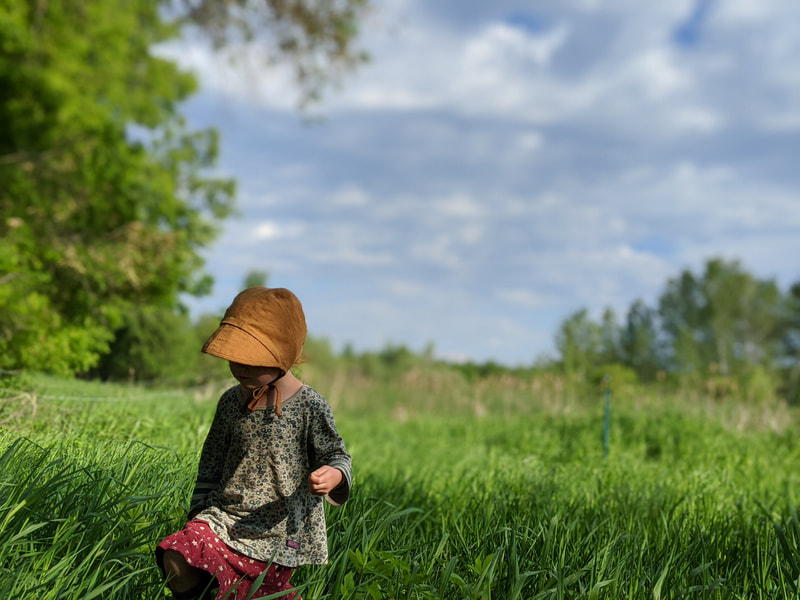